What is it all about ?

Cinnamon is particularly popular in Europe in sweet recipes: cinnamon cookies, gingerbread, Speculos. An emblematic smell of the Christmas holidays, it goes very well with apple and chocolate. This aromatic spice is also used in mulled wines, liqueurs and grogs to protect against winter ailments. Cinnamon is part of the composition of many savory dishes based on vegetables, lentils and poultry. It is also part of many Indian spice blends: Ras El Hanout, 5 spice blend, spices for couscous or tagine.
It plays a similar role in North African cuisine as garam masala does in Indian cuisine. The name in Arabic means “head of the shop” and implies a mixture of the best spices the seller has to offer.[2] Ras el hanout is used in many savory dishes, sometimes rubbed on meat or fish, or stirred into couscous, pasta or rice.

The virtues of Cinnamon

Its benefits have been known for a very long time against eating disorders: diarrhea, nausea, gastroenteritis, food poisoning. Thanks to its antioxidant and antibacterial properties, cinnamon is an ally in maintaining good health throughout the year. 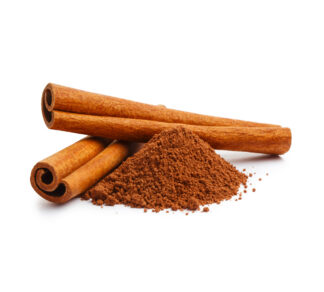