What is it about ?
Often confused with cumin, which visually resembles it a lot, caraway is a very aromatic spice with flavors of anise or fennel of Egyptian origin. Caraway comes from carum carvi, a herbaceous plant cultivated for its leaves but above all for its seeds harvested at full maturity and then dried. Often referred to as Dutch cumin, adding to the confusion, caraway has a subtle aroma that is more anise, lemony and sweeter than cumin.

How to use ground caraway in cooking ?
The strong taste of caraway pairs well with strong meats such as game, wild boar, pheasant, mutton and pork. Due to its great resistance during cooking, it is a perfect ingredient for flavoring sauces, marinades or stews. Used sparingly, it also accompanies white meats, poultry and duck. This spice is widely used to flavor cheeses, in particular Munster or Gouda and cold meats. In Eastern Europe, caraway is used in the preparation of a large number of recipes such as sauerkraut, potato salads, goulash… As well as in the composition of alcohol: kummel, aquavit, le gin, Brennivín, schnapps or any other liquor. It is also found in bread, especially pumpernickel, black rye bread. Caraway is present in many traditional Maghreb dishes such as meloukia, harrisa, oriental pastries or even in India where it perfumes curries and vegetable dishes.

The virtues of caraway
Caraway is a very effective antispasmodic. Its digestive benefits help fight gastric spasms, bloating, aerophagia, nausea and other intestinal problems. Consumed at the end of a large meal, it will aid digestion and relieve the feeling of heaviness. As an infusion, this spice relieves painful periods and increases lactation during breastfeeding. 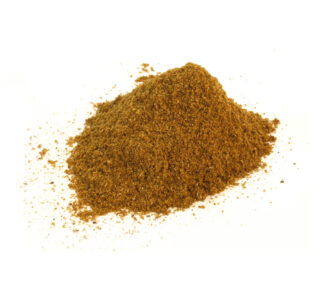