What is it all about ?

Turmeric is an herbaceous plant native to India whose dried, powdered rhizomes are a very popular spice also called Indian saffron or poor man’s saffron, it offers a warm, slightly peppery flavor with a touch of bitterness reminiscent of saffron. It is recognizable by its characteristic ocher yellow color, is also used as food coloring or food preservative.

How to use turmeric in cooking ?

Turmeric can be added to almost any savory dish to add flavor and color: mayonnaise, egg dishes, sauces, cheeses and all starches. In India, it is used to color rice and in almost all traditional dishes: dhals, Samoussas, Tandoori chicken, all curry recipes, Tikka Masala, naans … This spice can also be used with white meats, fried vegetables, mushrooms or even with onions. It’s very good cooking performance allows it to be added to all recipes at any time. More rarely, turmeric can be used in the preparation of sweet pasta: pancakes, waffles or even in smoothies or cocktails such as Golden Milk.

The virtues of Turmeric

Thanks to its many benefits, turmeric is an element of traditional Indian medicine. For several years, studies have tended to validate the virtues attributed to it. Its high concentration of curcumin, a powerful antioxidant and anti-inflammatory, allows it to effectively relieve diseases linked to aging of cells, joint inflammation and intestinal and gastric pain. There are even medicated turmeric capsules for patients with rheumatoid arthritis or osteoarthritis. Finally, this spice would have a preventive effect on Alzheimer’s disease as well as on certain cancers. 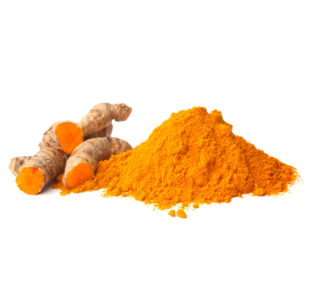